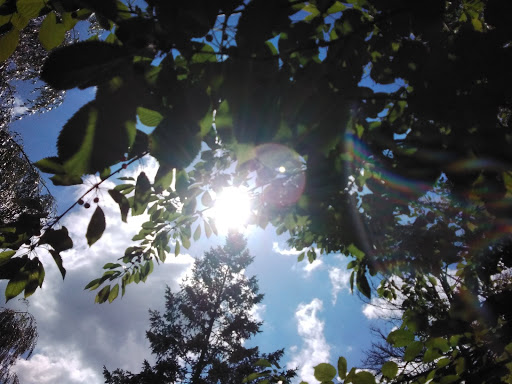 At the beginning of the summer, I thought I’d have more time for my blog, but I guess I was wrong! August is almost is over, and since the summer break for us school kids started (Late June), I’ve posted maybe three times… I’d say that now that we have had a routine for a while, it should be easier to find
time for this, but I can’t make any promises:) I’ve already spent two weeks on this post, and I’ve only
worked on it three times. So, here’s a sample of our summer… 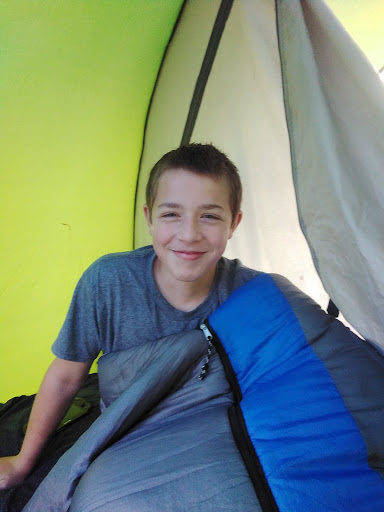 For PC’s Birthday, he got a tent, and he slept in it for almost a week straight. I was going to do a post about his whole birthday, but decided not to because I waited too long, and it was kind of late to be doing his birthday post, and I wasn’t sure how much he would appreciate being the center of attention in one of my posts 🙂 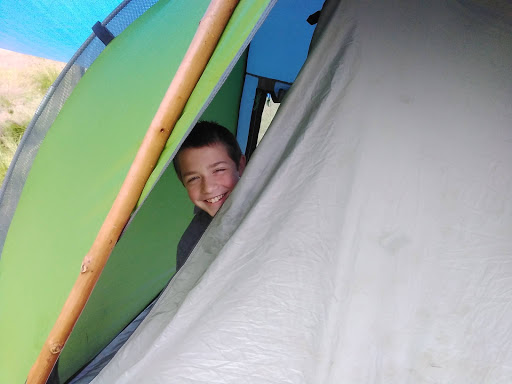 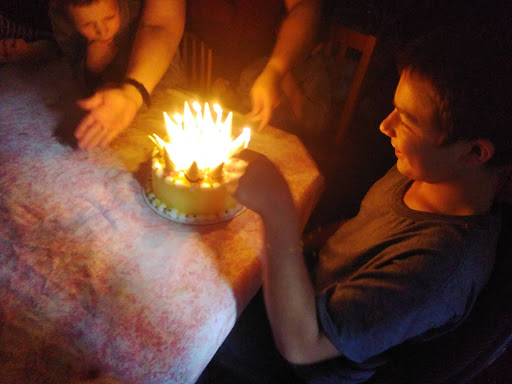 PC’s Birthday cake- He wanted an ice-cream one. 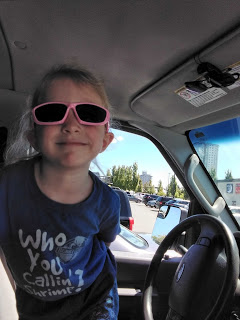 Last month, we went to the eye doctor, and Lulu got sunglasses from them for being so good in her appointment. She loves them : )
Pixie stole my sunglasses I was borrowing from mama, and helped herself. It was adorable! 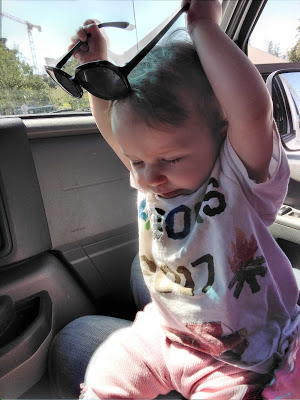 Trying to put them on herself 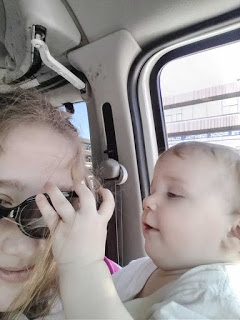 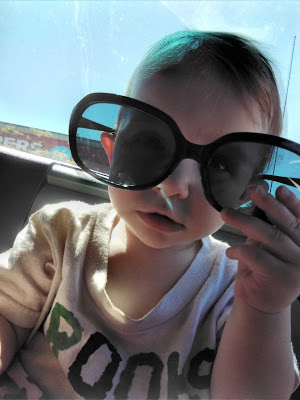 “Whoa! I can actually see through these!” 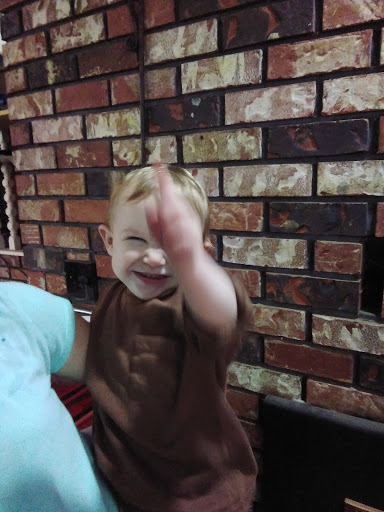 Recently, Pixie has figured out how to smile for a picture. it’s the cutest thing!

School will be starting in a week- September 10th.  My mom will be homeschooling the four elementary school kids (Butler, Ricka, Hal, and QB) while us three highschool kids(Emma, PC, and I) will be going back to highschool. The homeschoolers-to-be are so excited!

I don’t know if school will be held at the actual highschool all the time, or if it will be partially at home online learning, but we’ll see. One of the reasons that we are going back to the highschool and the little school kids are being homeschooled, is that it’s a lot easier for teenagers to remember to social distance, than it is for a six-year old. Also, It would be harder for them to wear a mask the whole school day (especially QB and Hal) than it would be for me or PC.

We’ve finally got the schoolroom completely ready, the four homeschool kids each have their own desk and workspace, and all the schoolbooks are sitting neatly on the shelf just waiting to be used. It’s pretty exciting! : ) Mama’s always wanted to homeschool us, but she never got a chance to do more than one kid at a time. (Emma and Butler have both been homeschooled for one school year each, Butler in third grade, and Emma in sixth grade. Now, Butler’s going into sixth grade, and Emma’s going into eighth)

A couple of days ago was when Mama and us kids finished the schoolroom all the way, and it looks really nice. It’s actually very practical for non-school projects as well, such as birthday cards and paper-craft presents 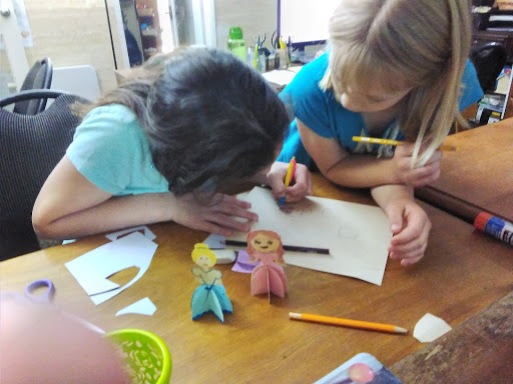 Across from the school-room, we made a playroom for Pixie and Lulu to play in while the big kids are busy doing schoolwork, to keep the little girls busy and safe. They’re the best of friends, and get into all kinds of trouble together. It’s so sweet how much they adore each other.

Lulu has a play kitchen and a toy sewing machine, and she loves it! I love finding things around the house to add to her play kitchen, such as old pots tht are just her size. Yesterday, Mama added two one-Litre strawberry milk jugs to her online order, and after we all pitched in to help empty them, we washed them out, and now she has milk for her kitchen! I think I might be enjoying this just as much as her. : ) 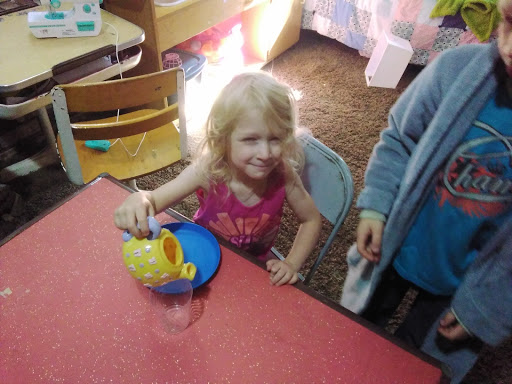 Lulu and her playroom

I can’t believe it, but Lulu’s four years old! And Pixie will be turning one on the fourth. Wow! We have all her presents wrapped, and her birthday dinner planned. Lulu’s really excited : )  I will have another post all about their birthdays in a few days, if all goes well. It’s still hard to believe that we’ve had Pixie for a year! That sure went by fast. 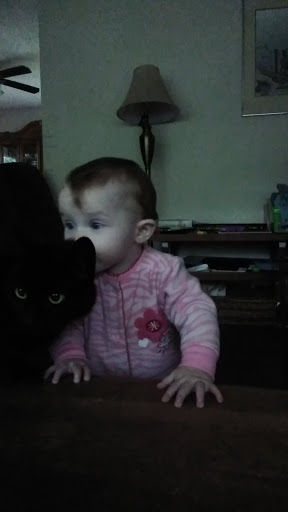 With the virus and everyone having to stay apart and home mostly, time seems to pass quicker here, and life at our house has been very busy and full, in a good way. 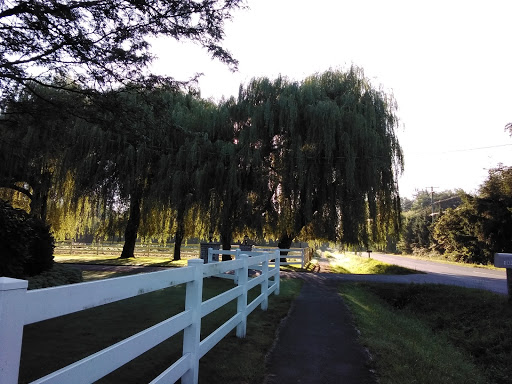 A photo from a walk I went on one morning- it’s always so beautiful outside!

But, because we haven’t been able to go out of Canada or go to any conferences (I really miss going to conferences), My mom and dad are planning a family trip in the middle of September! I’ve lived in BC all my life, but I haven’t seen most of it.It’s huge, and beautiful. We will be travelling into BC, and staying in a cabin for a week! Everyone is super excited. When we first heard about the trip a month or two ago, The boys got really excited, and some of them started packing right away. : ) Now, the trip’s getting closer, and we are getting more excited! I will (probably) do another post all about our trip, closer to when we go. Or maybe I’ll do one about the trip after we go, with pictures. We’ll see : )